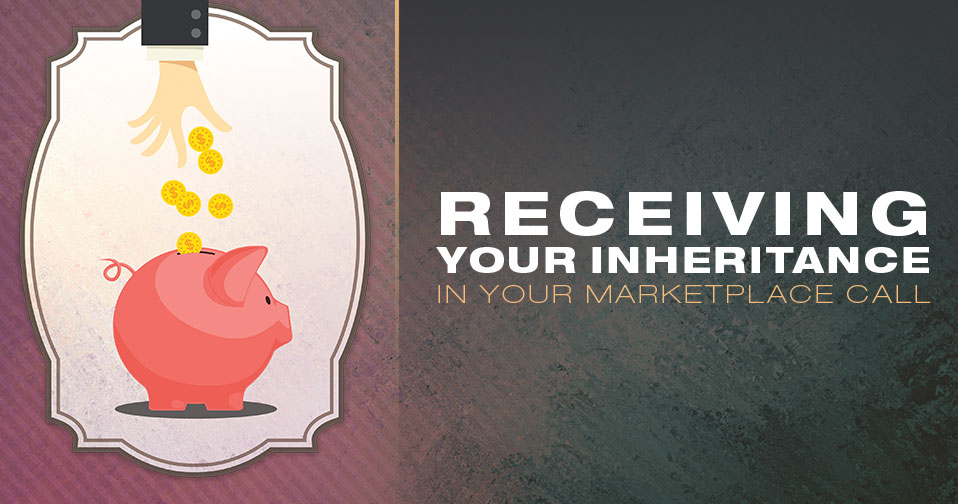 What does that really mean? I began to investigate this and found that the word “inheritance” is mentioned 237 times in the Bible. Webster’s defines the term inheritance as “something to which one is entitled as an heir.”

Whenever a word is mentioned that many times in the scripture, it has real significance in the eyes of God. It is evidently important to God, which means it should be important to us.

In the context of Colossians 3, I believe it speaks of our faithfulness in fulfilling the work God has given each person to do on earth. Your inheritance is tied to your fulfillment of that work.

In the Psalms, we read about God encouraging us to have a focus on not just our small world, but the nations, “Ask of me, and I will make the nations your inheritance, the ends of the earth your possession (Psalm 2:8).” God is saying to us to focus on the nations in addition to our personal work-life call.

The Bible reveals that after our life on earth, we are judged based on our stewardship of what God has given us on the earth. We find this in the parable of the minas. The servant who was given 1 mina and returned 10 will manage 10 cities in heaven. The servant who got 1 mina and turned it into 5 will manage 5 cities. The one who simply returned the minas he was given had it taken away and given to the one who returned 10.

“Well done, good servant; because you were faithful in a very little, have authority over ten cities.” And the second came, saying, “Master, your mina has earned five minas.” Likewise he said to him, “You also be over five cities”.Luke 19:17-19

This story reveals something about our inheritance in heaven. It is tied to stewardship on earth.

There are 5 Truths about Receiving Our Inheritance:

One of the problems many of us in the marketplace struggle with is the difference between making things happen and receiving from God out of our obedience. Zechariah tells us that our success is “not by might, nor by power, but by my Spirit,” sayeth the Lord (Zechariah 4:6). There is always a tension between these two concepts for the person in business.

Adam and Eve is the first example of someone receiving inappropriately. Eve thought God was holding out on her. She wanted something that God said was off limits.

“When the woman saw that the fruit of the tree was good for food and pleasing to the eye, and also desirable for gaining wisdom, she took some and ate it. She also gave some to her husband, who was with her, and he ate it."Genesis 3:6

Psalm 127:1-2 is a Psalm that speaks of sweat and toiling to achieve an outcome.

“Unless the Lord builds the house, they labor in vain who build it; unless the Lord guards the city, the watchman stays awake in vain. It is vain for you to rise up early, to sit up late, to eat the bread of sorrows; for so He gives His beloved sleep."Psalm 127:1-2

We Can Lose Rewards

If we choose to operate from our own sweat and toil, instead of working with the Holy Spirit in guiding us in our business life, we are susceptible to losing our reward.

“If any man builds on this foundation using gold, silver, costly stones, wood, hay or straw, his work will be shown for what it is, because the Day will bring it to light. It will be revealed with fire, and the fire will test the quality of each man’s work. If what he has built survives, he will receive his reward. If it is burned up, he will suffer loss; he himself will be saved, but only as one escaping through the flames."1 Corinthians 3:10-15

We Were Created to Know God and to Do Good Works

The Bible is clear that God’s desire for us is to know Him (Jeremiah 9:23) and do good works as fruit of our relationship with God. For we are God’s workmanship, created in Christ Jesus to do good works, which God prepared in advance for us to do (Ephesians 2:10).

We Can Lose Our Inheritance by Receiving the Wrong Way.

There are several other examples in scripture where people manipulated outcomes to receive something they wanted:

The people of Israel could not wait on God. So, they pressured God to give them what they wanted before God wanted to give it to them. The result was disastrous:

"They soon forgot His works; they did not wait for His counsel, but lusted exceedingly in the wilderness, and tested God in the desert. And He gave them their request, but sent leanness into their soul."Psalm 106: 13-15

Understanding Our Work Life Purpose is Key to Receiving Our Inheritance

"I tell you the truth, among those born of women there has not risen anyone greater than John the Baptist; yet he who is least in the kingdom of heaven is greater than he."Matthew 11:11-12

Jesus knew why He was sent to earth. It was to be Savior and to destroy the works of darkness. “Jesus, knowing that they intended to come and make him king by force, withdrew again to a mountain by himself” (John 6:15). Many people wanted Jesus to be something He was not. They wanted Him to fulfill a purpose that was contrary to the Father’s purpose for His life, but He understood His purpose...”I do exactly what my Father has commanded me” (John 14:3).

Early in his career, King David understood that God had blessed him for the sake of Israel, not for his own benefit.

And David knew that the Lord had established him as king over Israel and that his kingdom had been highly exalted for the sake of his people Israel (1 Chronicles 14:2).

David came to understand where all the blessings he had received came from. Everything comes from you, and we have given you only what comes from your hand (1 Chronicles 29:14). David understood stewardship of resources, position and power.

A Lesson on Receiving

Early in my writing career I learned an important lesson about letting God open doors. I had written and published about five books by the time of this story. I wanted a more long-term relationship with a major publisher. I had one publisher that I was about to sign a multi-book deal with, but the deal fell through. It was a death of a vision. Then, one day I received a book from a publisher by a leader that I personally knew. I said to myself, “Now that is the publisher I need to be with.”

The next day I got up to write a proposal to the publisher, from whom I received the letter from the previous day. As I began writing, I had a check in my spirit. I seemed to be hearing, “Do not write this letter.”

I got up the next day to do the same thing. Again, I got the same check in my spirit. This happened every day. I concluded I was not to write the letter of proposal. Two months later I had to be in the city of the author of the book I had received. He invited me to lunch. There was another man at the table with us. He was the president of that publishing company that I was going to write. The first words out of his mouth were, “Os, I have been watching you for several years. We would love to publish anything you would like to write.”

I was flabbergasted. I knew then why God had put a check in my spirit about writing a proposal to him. We all know in business that your relationship is stronger if someone seeks you out rather than having been sought by you. This company published three books I wrote.

We Receive Our Inheritance ?Out of Obedience

The Promised Land was received out of obedience versus sweat and toil. This is one of my favorite verses in the Bible that explains the difference between sweat and toil versus obedience.

"So I gave you a land on which you did not toil and cities you did not build; and you live in them and eat from vineyards and olive groves that you did not plant.”Joshua 24:12-13

Provision always follows obedience. Israel won their battles out of obedience, not because of their skill and ability.

Satan Attacks Us in the? Place of Our Inheritance

Abraham’s inheritance was in the land. So, Israel is always attacked over their land, their inheritance.

Jesus came to provide salvation, so Satan tempted Him to prevent Jesus from becoming a savior. “Then Jesus was led up by the Spirit into the wilderness to be tempted by the devil” (Matthew 4:1-2). Satan tempted Him to fulfill His purpose contrary to God’s prescribed way.

God Gave Strategy to His People in Order to Receive From Him:

In closing, God is the source of our success. Let Him guide you in the process of fulfilling your calling for success in the marketplace.

“I am the Lord your God who teaches you to profit, who leads you in the way you should go. If only you had paid attention to my commandments! Then your well-being would have been like a river. And your righteousness like the waves of the sea” (Isaiah 48:17-18). 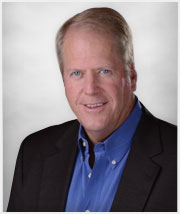 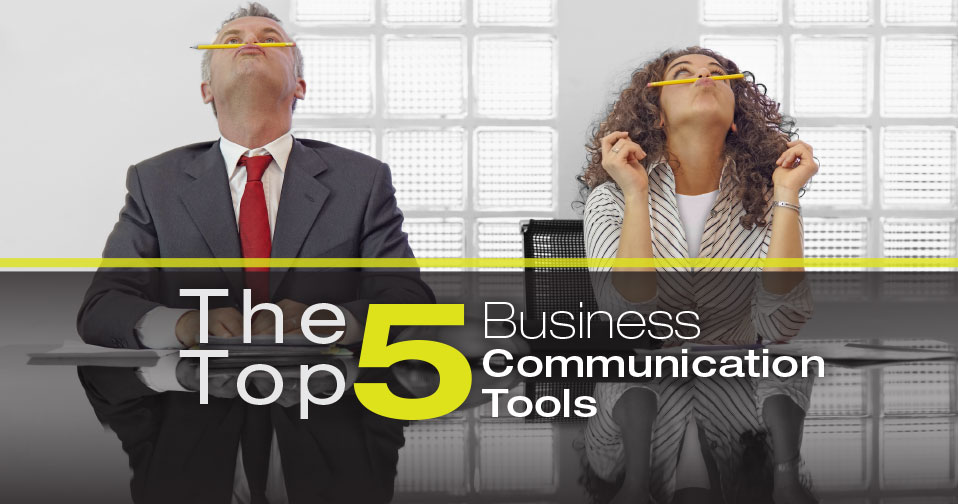 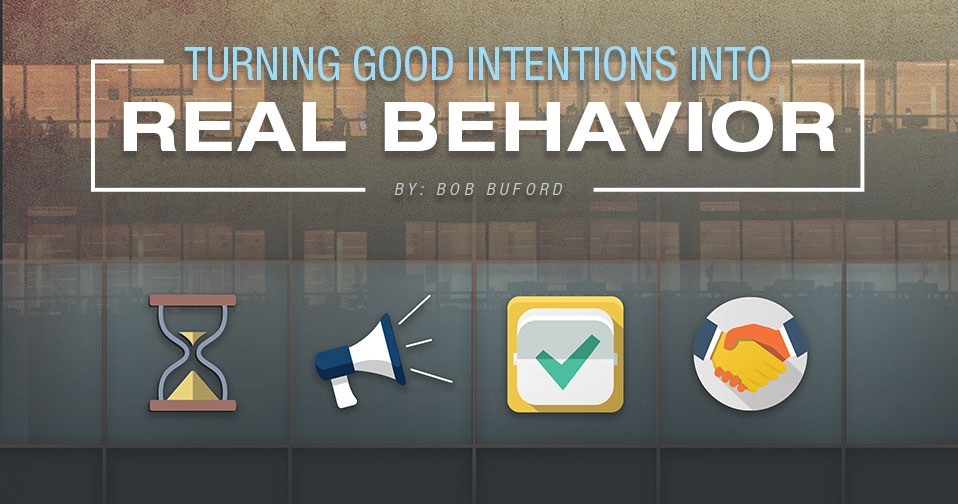